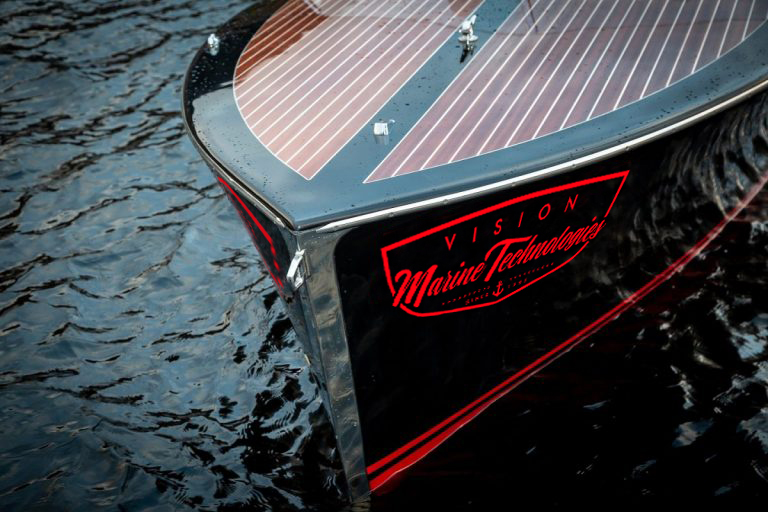 A few years ago already, Vision Marine Technologies, formerly known as the Canadian Electric Boat Company, relied on a new generation of eco-friendlier boats that were still just as performant. Also, the fabrication of 100% electric boats producing zero emissions and keeping a natural environment completely clean constituted an inevitable advantage for the enterprise.

In 2019, the enterprise has accomplished this challenge with top marks and builds many electric boat models that roam in our lakes and rivers. The enterprise is now strongly rooted in Canada, Connecticut and California in the States, the United Kingdom, Portugal, Bermuda and Australia.

With this expansion, Vision Marine Technologies is taking another step forward in its growth by doubling the size of its production plant in Boisbriand, Quebec and adding a new production partner, Abitibico.

Two good news are linked to this expansion. First of all, the Boisbriand plant is given the responsibility for the production of photovoltaic roofs that will be available for the Volt 180 and Fantail 217 models in the lithium powered Torqeedo 4.0 versions or their equivalent (renting or leisure versions).

Secondly, this expansion will allow the new 27-30 foot Phoenix model to come to life in this all-new assembly line in Boisbriand. In partnership with BMW i3, Torqeedo and Panasonic, the Phoenix will become a powerful electric boat propelled by an outboard Torqeedo Deep Blue twin-engine equipped with two BMW i3 batteries, for a total of 80kw of batteries.

The construction of the new hull represents a considerable innovation technologically speaking, but also in terms of material quality used for its fabrication.

In particular thanks to this innovation, Duffy, Rand, Candela and X Shore, who also specialize in the fabrication of electric boats, won’t be able to compete with Vision Marine Technologies, who already possesses the best know-how and ingenuity in terms of electrical sailing in the world.

Vision Marine Technologies vessels are twice as light as the equivalent models at Duffy, they possess more power with twice as less batteries, reach higher speeds, have a longer energy autonomy, a yearly maintenance cost up to eight times less expensive and many more advantages on the list.

Moreover, the Volt 180 is USCG and NMMA certified. This certification is extremely important, because it allows to register your boat in case you wish to resell it in a few years. Plus, this certification becomes useful for the security of your family. Finally, the Volt 180 is much bigger and higher in the water than the Rand model. Consequently, it is much more stable than its competitor.

All in all, the new Boisbriand plant’s assembly line will enable to build new hulls with great quality composite materials. Furthermore, the crafts of the Vision Marine Technologies distinguish themselves from competitors such as Candela or X Shore because they are more ecological, performant and powerful.

Without a doubt, this expansion coincides with the strong demand for electric boats. The Eco energetic and environmental turn on water takes all its sense with an enterprise such as Vision Marine Technologies. We didn’t need more to dethrone the competition and accomplish such feats. Come discover all of our electric boat models in Boisbriand, on the north shore of Montreal, only a few minutes away from Laval and the Laurentians. Vision Marine Technologies invites you to enjoy the ideal relaxing boat trips, whether you are alone, with your family or with your friends. We are the pioneer of the electric boats technical and applicative advancement and proud of it.